Explore the continent in search of Mitriom, ancient energy crystals to power the various improvements of your caravan (Skills, Bonus, Cannon on the caravan etc). Dynamically manage your resources to adapt your skills according to the situation. 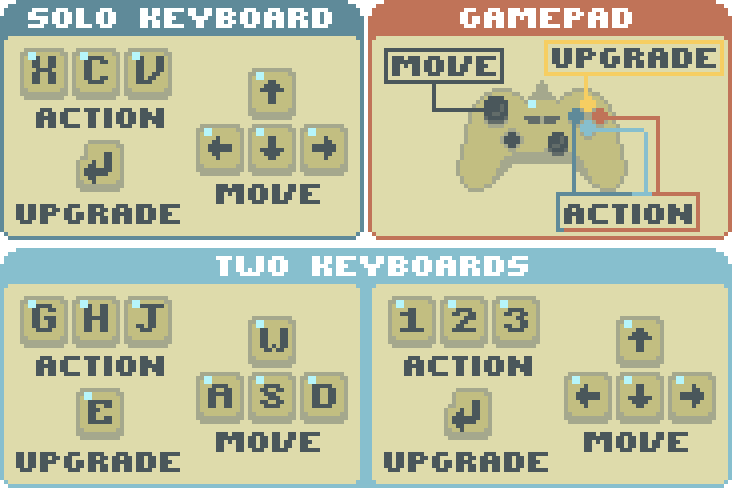 there is a online mode ?

On Steam it can be played with the Steam remote https://store.steampowered.com/app/1847390/Ruins_Of_Mitriom/?curator_clanid=4125...

it was a really enjoyable game! looking for the sequence

I'm blown away by the style.  a great job

omg this is so good

I did a 2-player run of this with my cousin and I had an amazing time. Everything was smooth and fun, we were very impressed by this game!
I wish there was a mini map to help know where we've been as we were lost a few times (but not for a long time and it wasn't frustrating. It's simply for helping backtracking since a lot of the environments look alike). It took close to an hour to beat it the first time !

I would gladly pay for a DX version on Steam/Itch with more levels, more enemies and bosses, more map designs and a randomize map mode :)

I'm a big fan of your games! Quest of Graal was insanly fun too, keep it up!

Thanks, glad you enjoyed Mitriom and Quest Of Graal! We're working on a game that has elements similar to Mitriom, I think you might like it ^^

I join all appreciating comments below. This is a really enjoable game! It totally filled with fun two hours of my life. Music is just gorgeous. I would like to see some more of it. Simplicity of the gameplay fits game's time span nicely.

I wish the project would evolve to something bigger. With more mechanics and thus deeper gameplay and richer story

I've also tryed some of your other projects and I like your tendency to improve and try more and more interesting and more complex stuff.

Thanks <3  glad you liked it! We have ideas for a longer version but we also have lots of other projects we want to do, we are currently working on a game that shares a lot in common with Mitriom and that will be more ambitious, so I think you'll like it ^^

I saw this on the Godot Reddit, really awesome stuff.

Thanks for your feedback! Glad you like the random chests mode, we wanted to make a map generated randomly at the base but it was too complicated for a jam, it allows to have a little that without too much effort.

About the bug, you tried to add / remove mitriom and it didn't change a thing?

Aah thanks, I thought I had corrected the problem but it looks like no!

just happened to me too!

and when i quit the game my game frozze

Thanks for the feedback, were you playing at the html5 version when you got the freeze after quitting?

That should be fixed now

Very fun and creative game! I'd like to report a bug that occurred to me. I was fighting with some bandits and left the caravan in a spot to not let it be hit in the battle, and the camera kept switching between me and trying to keep onscreen both me and the caravan, and that's fine, but at some point, while fighting near the coast, my character basically switched between land and sea and started walking in the water area, unable to get back to the land. Thought you could be interested in this

UPDATE: it's now fixed, I tried walking very far from the caravan and the character got out of the bounds of the viewable map and got back on land.

Thanks for the feedback! This is something that is also quite easy to provoke in multiplayer, I added a security which should fix this problem (at least for the most of the cases) I would try to update the game in not too long ago, glad you liked the game!

how do you heal your caravan??

Enemies can drop gears that heal her, an NPC gives one, and carvannes in bandit camps also give some, you can increase the chances of dropping with the clover upgrade, but overall it's quite difficult to heal her, the idea is above all to deactivate it at a certain distance from the fighting to avoid being targeted.

I'm thinking about adding difficulty and accessibility options to make the game a little easier, the current difficulty being probably too high

I tried installing this on Mac, but it gives me the following error: "'Ruins of Mitriom' is damaged and can't be opened. You should move it to the Trash."

Hope you can fix this bug, I've been following your gifs on Twitter and would love to give it a try!

Sorry! I cant test the mac version, I dont know if it works, it's possible that your mac version is not compatible with, have you tried the HTML5 version? it should work

Unfortunately this is a pretty common OSX issue for me, try:

Damm, all of your games have such as an enjoyable gameplay, a distintic artstyle and a confortable sound. After playing Guardian Sphere I tried your other games, you do really great works. Really good! Subbed.

it says press start, but on the keyboard it doesn't wor ./

You can press enter or X on the keyboard, right?

No, already tried that

Are you testing the POST JAM version? the JAM version didn't have keyboard controls

Ok I think I understood the problem, it seems that if you lost the focus by clicking outside, there is no more way to get it back, maybe it is due to that?

is there 2 player with keyboard?
i have two keyboards and would like to play with my brother

I added 2 more keyboard controls patterns, you should be able to play 2 on keyboard now

Daym this game is blowing my expectation out of the water... I thought our game turned out quite well after 2 weeks but holy shit.

This is by far the best game in the jam indeed.

I love it. I would slow down the character movement and attack speed. But IDK 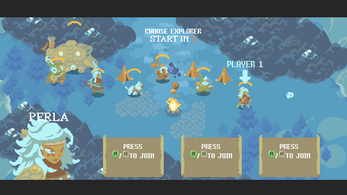 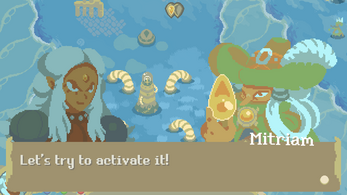 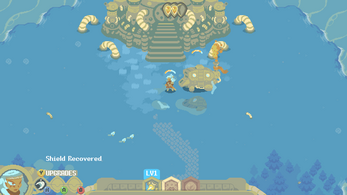 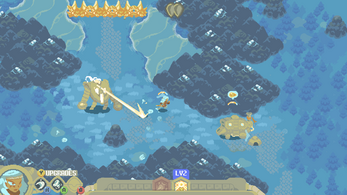 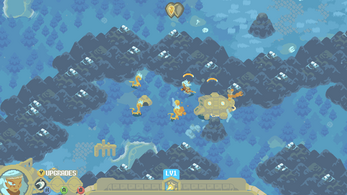